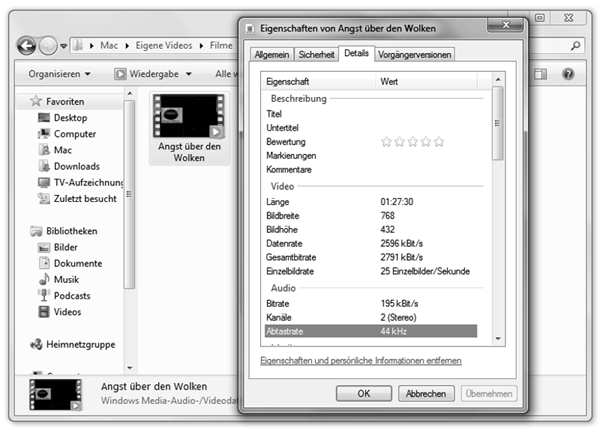 To automate the overall process, I have hacked a simple .NET console application called WmvInfoFix. Upon execution, the program parses the XML files used by Windows Media Center and writes their contents into the corresponding movie file. Thereby, it supports 3 basic modes of operation depending on the parameters that you specify. If it is run without parameters, WmvInfoFix will simply list the available modes as shown in the image below. 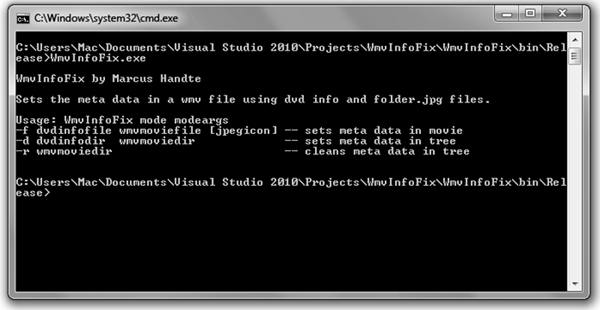 WmvInfoFix: It may be slow but at least it is automatic

The following list briefly outlines the basic principle of operation for each of the supported modes:

Note that while the single file mode can be used to update a new movie when you add it to your library, the directory mode follows the same basic search rules used by Windows Media Center and thus, it is useful to update an existing library in batch. To do this, you only set the dvdinfodir to Windows Media Center’s cache directory and you set wmvmoviedir to the location of your movie library. 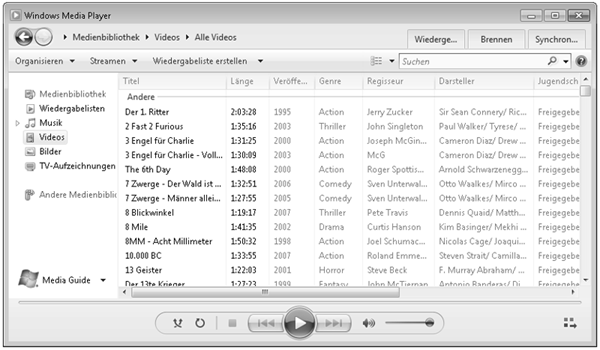 To use WmvInfoFix, simply download the zip file containing the binaries and extract it to some arbitrary directory. The zip contains two files namely WmvInfoFix.exe which provides the program logic and WindowsMediaLib.dll which provides a .NET wrapper around the Windows Media Format library built into Windows. WindowsMediaLib.dll is compiled from the Windows Media .NET library which is an excellent timesaver that is freely available via Sourceforge.

Although, I have used WmvInfoFix on all movies contained in my own movie library without experiencing any issues, when embedding metadata into a movie, there is obviously a risk of damaging the file. Since WmvInfoFix is using functions that are built into Windows, this risk is probably as low as it gets. However, in order to play it safe, you might want to backup your movies before running the program over all of them. If you experience issues, please send me an email but of course, I cannot take responsibility for any data loss. So use at own risk.